Well! I am in love with bread making, now! After I attempted Caterpillar Bread, I thought nothing could stop me from making my own bread! And this one, has been in my to do list for a long long time! People say they are easy to make, but looking at the bread, it sure gave an impression that it is complicated!

...until I decided to make them last Sunday!and after reading the recipe and isntructions many times! 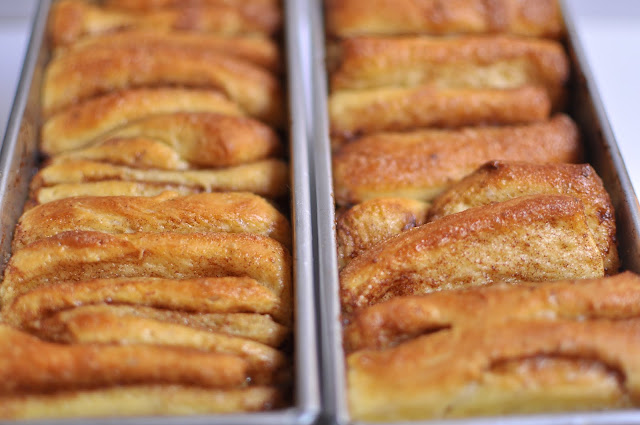 1.To make the dough, combine the flour, sugar, yeast and salt in a large bowl. I used my hands!
2.Combine the butter and milk in a small saucepan and heat just until the butter is melted.  Set aside and let cool briefly, until the mixture registers 115-125˚ F on an instant-read thermometer.  Add the milk mixture, water, vanilla and eggs to the mixer bowl.
3.Mix until a cohesive dough forms.  Continue to knead until smooth and elastic, adding additional flour as needed 1 tablespoon at a time until the dough clears the sides of the bowl and is tacky but not sticky.   4.Knead about 3-5 minutes.  I then coated the dough lightly with butter and covered with a cling film...the butter was melting as it was very hot last Sunday! Let rise in a warm place until doubled in bulk, about 1 hour.
5.While the dough rises, add the butter to a small saucepan and melt until browned.  Set aside.  Combine the sugar, cinnamon and nutmeg in a small bowl and mix well.
6.Transfer the dough to a lightly floured work surface and gently deflate. 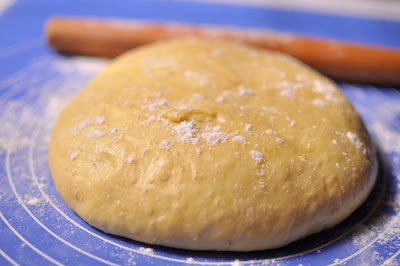 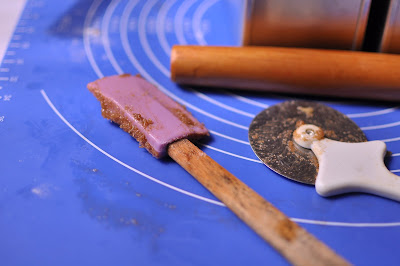 7.Once you have deflated, roll the dough to a size of 12x20 inches. 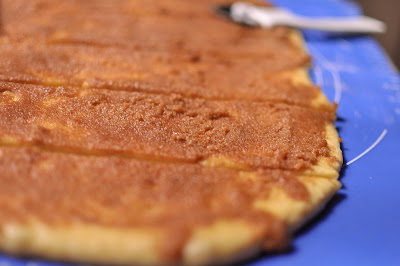 8.Spread the cinnamon sugar butter mix, and cut them into strips... 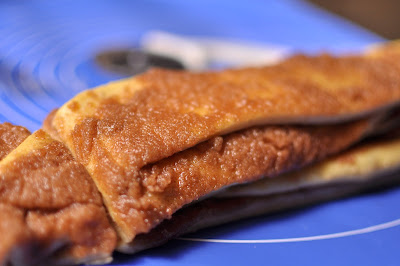 9.Stack the strips together and cut again, and stack them in your loaf pans...I used 2 small loaf pans... 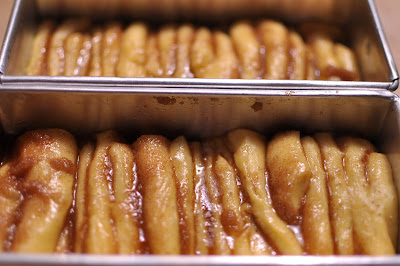 10.Allow them to rest again for about 45 minutes and bake in an oven preheated at 165C.

......once baked, Khadijah had 3/4 of a loaf herself, and we had the rest....cinnamon roll had never tasted so gooood! Tq friends who have raved about this bread, they are really very good!

...and here's some more bakes and cakes I did! 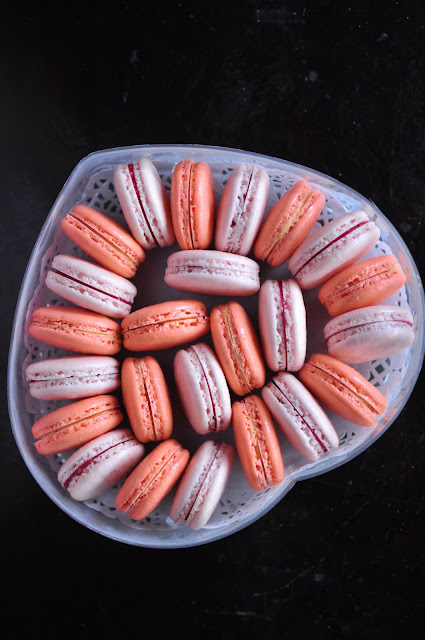 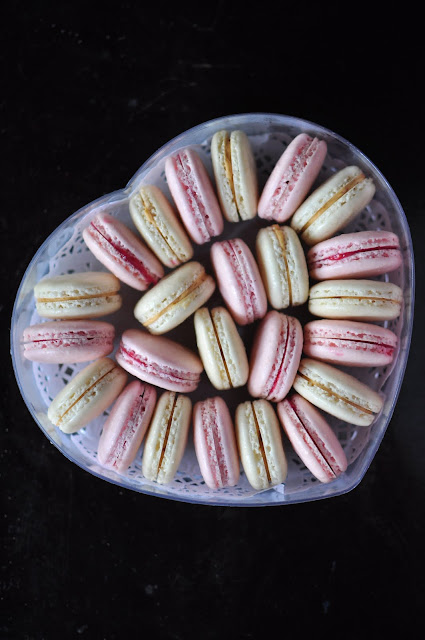 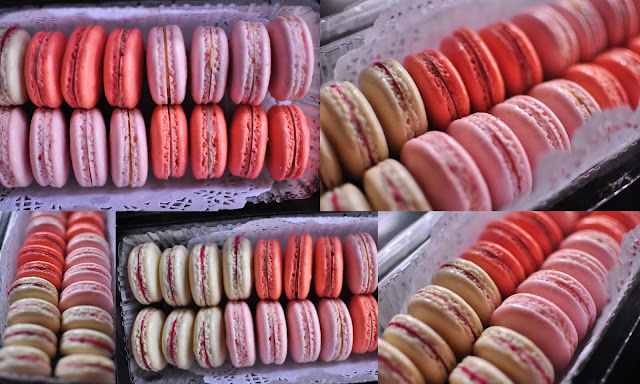 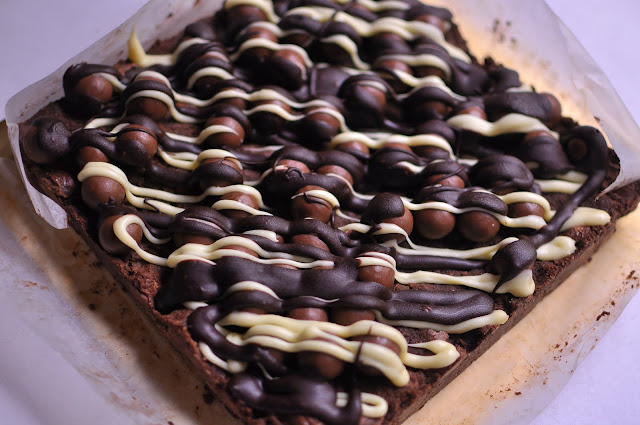 Lya also ordered 2 recipes of this Maltesers Squares, I didn't cut them as they were going to Penang. 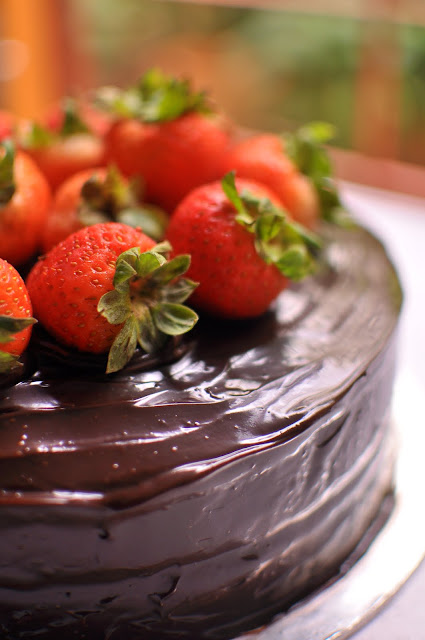 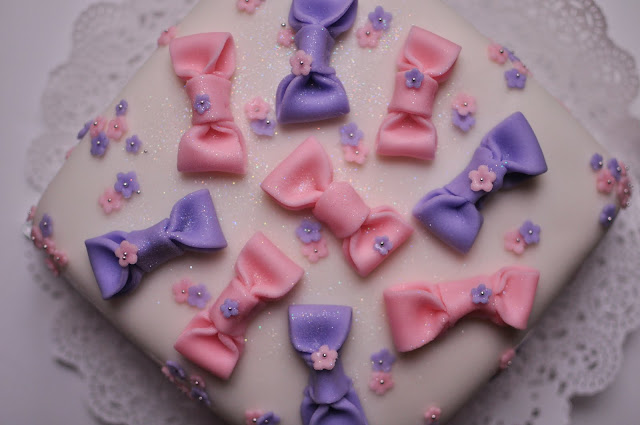 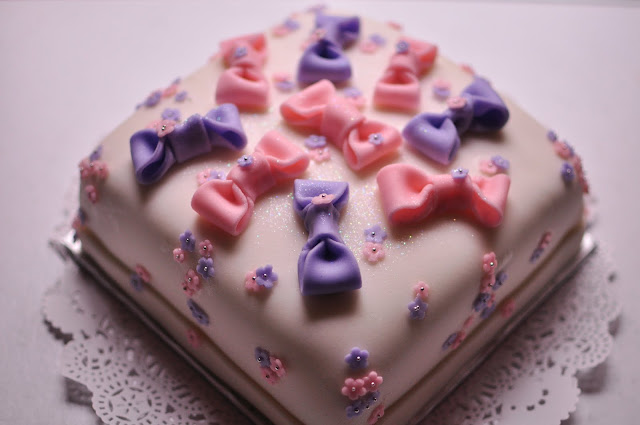 This is ordered by Azmah for her sister in law...the tray was decorated with full of flowers that I decided to make this, so as not to clutter  the whole thing!