One month had passed since 15.7.2009, and life is turning to almost normalcy again..except that we have little man Muhammad in our lives now! Yes, Muhammad my little man, who is constantly hungry, whom I took to my GP this morning for his second dose of HepB(instead of a paediatrician...all due to H1N1) who now weighs 5.6kg!

We will be begin fasting on Saturday, Ramadan...a month that I always look forward to...but it has been many years since I last went to my last terawikh solats, I tried to perform them at home but it's never the same like going to the suraus or mosques...

I will begin working on 1.9.2009 after about 47 days maternity leave. This time, since it's my 6th delivery, it has to be no pay leave and I have decided that I'd go in for some time just before Eid and am not taking the usual 60 days leave! And during Ramadan, it's really hectic in the afternoon, the roads will be packed from lunch time until after office hours...this year, I have decided that I will prepare the dishes for the week during the weekend and freeze them. With Muhammad around, I need more time in the morning to bathe him and also prepare the others for school, so no cooking can be done. Can't leave it until I get home in the afternoon to prepare those buka puasa dishes, you just can't predict the traffic during fasting month. I have already stored murtabak permaisuri from fellow blogger Xis and Busu's karipap pusing. so, next weekend, I'll be busy preparing fish curry, assam pedas, rendang ayam and kolak pisang...

This year Eid will be different, we have 6 children, wu hu!! And, I will be baking cookies...for the first time, in my life I think!!! There will definitely be Victoria Sandwich Cake, Kek Buah Kukus, Great Chocolate Chip Cookies and Lyana's Kueh Samprit...oh it was nice catching up with her over the phone just now!! Baju raya...with the haze which we do not know when it will be over and so does H1N1, I'm in no mood for Raya, except for the Eid prayers...and have gotten new clothing for the children more or less ready...

Actually this post is meant to wish all of us selamat berpuasa di bulan Ramadan almubarak!! The following are some random photos taken during my leave at home, hope you like them! 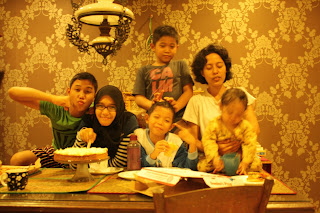 All my children, but Muhammad was not in the picture with my maid, during dinner on the eve of Khadijah's birthday 12.8.2009. 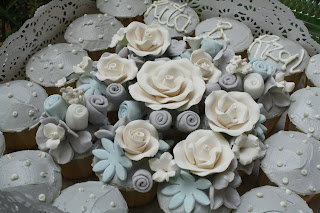 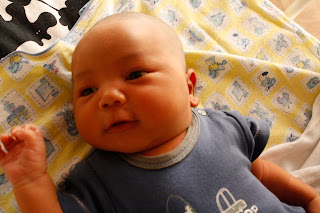 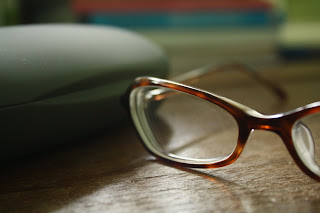 My then glasses frame, now worn by Khadijah, well! We liked the same frames but different colours, so we decided to swap when she made her new pairs last week...so, she is wearing my tortoise shell and I'm wearing a very dark purple, almost black looking frame:)) 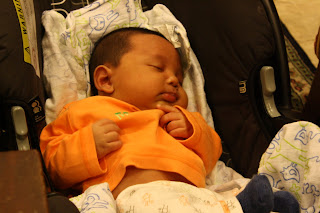 My little man Muhammad in his pjs, picture taken sometime last week, he has this musky smell like daddy!! 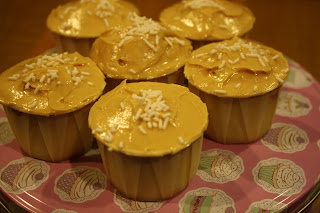 Anyone for vanilla cupcakes with peanut butter on top and jelly inside!? Cake tin was from Razlyn, thank you dear, tapi bila nak bake together with me ni??!!

I have been performing my tarawikh at home too Yanie. I have made a pledge to try go this year and bring my kids, now that depa dah berakal sikit. I hate to be the parent yang bawak anak and in the end the anak became the pencetus reformasi kanak2 di dalam masjid. Sebab I tau anak I macam mana la yang I tak nak bwk tu he he he. But I think he is better now and can accept and follow instructions.

I so need to also cook and freeze the lauk for berbuka by tmrw. Have been pretty busy with cookie samples, bukan byk pun 2 3 jenis jer itu pun mcm nak pengsan.

It's 2.20 am now and I just finished my muff orders for tmrw and now it's ironing time before I head to bed. Hope to see you one fine day Yanie.

Salam Ramadhan from wiz and family.

yani, six children and you have time to bake and cook? Adoi, my hat off to you. Selamat menyambut bulan puasa yang mulia ini. Kak teh belum tahu apa nak masak. I 'll keep coming here for inspiration.

Salam Ramadan, Yani.
yang lain I tak nampak, I nampak those cupcake cheeks of your little man. oooo so cute!

Selamat berpuasa kak Yani, ermm in need of some tips lah kak Yani on frozen foods. Like wat to prepare and how. Also what do u cook for sahur? care to share? TQ my kitchen guardian.

Muhammad is so cute, geramnya. Masa anak I kecik kecik dulu I also did my terawikh at home.

Ramadaan mubarak to you and the family dear!!

Gosh, Muhammad is growing so fast Masha-Allah!! Pinch them cheeks for me, will you?? :P

You're definitely a supermom!!

Baking in My Little Kitchen said...