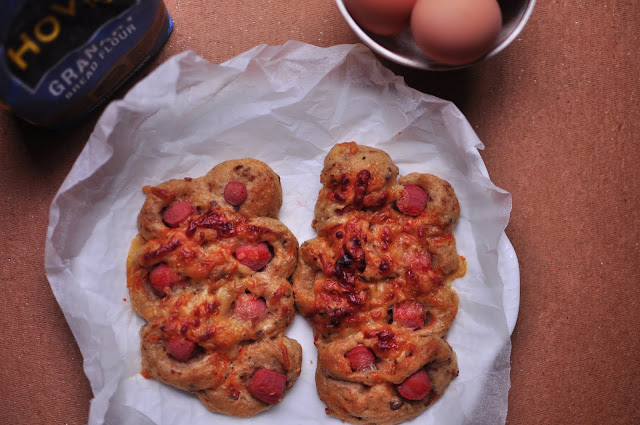 Hmmmm...yup Caterpillar Bread and my first attempt at bread making without using a bread maker nor my Kmix! Think with the kneading and the handheld whisk that I use to make my macarons, my biceps are looking great, haha...perasaaan!

Anyway, ....I have always wanted to try making breads...I mean the smell of freshly made bread and the taste, who would not love them (I usually get my supply of freshly made breads from the UK Bakery). So, last Tuesday err or Wednesday, after getting home from work, settled the kids dinner, piped 2 batches of macarons...and while waiting for the shells to dry I decided to make this....my way of course.Ah well you can see that I have used the wrong flour...because I got the wrong one from Cold Storage!

...but anything that is home-made even if they are not nice, taste nicer that store bought....anyone who cooks or bake would agree to that right! So, let's see how I made this not so caterpillar looking bread, but tasted yummeh to the bones! Period! 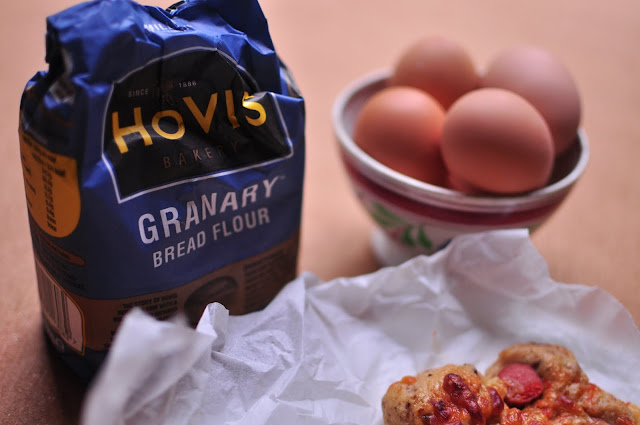 Mix flour and water in a small sauce pan. Cook over medium heat, stirring continuously until it reaches 65C. Or if you didn't have a thermometer, until it thickened and became a paste. Set aside. 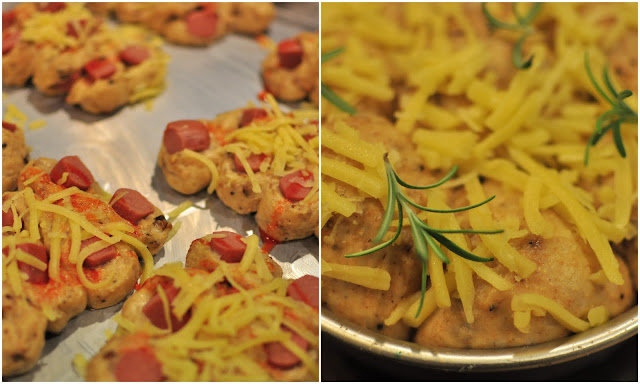 Method
1. While texting Rima asking her this and that..haha, I prepared the flour first before doing the water-roux.
2.Using my fingers (oh please wash your hands first ya!) I whisked bread flour, plain flour, milk powder, caster sugar and salt in a large bowl...didn't want to dirty my kitchen top!
3.Add lightly beaten yolks and lukewarm water roux and mix.
4.Gradually add enough warm water so that the ingredients stick together, and knead for about 10 minutes until the dough became sticky.
5.I lifted the dough and punched and pulled for about 20 times...good eh to release your stress and tension!
6.You know when the protein in the flour has worked when the dough became elastic.
7. Knead in butter and continue working the dough until it resembled chewing gum.
8.Make them like a huge ball, cover with cling film and let it rest for about an hour or until, it doubled in size. That night the temperature was 27C! and it was humid! Good!
9.After the resting time, punch down the dough, knead briefly into a huge ball, divide them into 4 portions and later into 16 portions. Let the balls rest for another 10 mins.
10. Then, I divided the balls into Rosemary and Cheese Breads and the rest to shape into caterpillars, ayayai!
11. Don't worry about making that caterpillar shape, please see http://ricke-ordinarykitchen.blogspot.com/2011/11/step-by-step-caterpillar-bread.html for steps by step to make that caterpillar shape and full recipe from Rima's http://www.bisousatoi.com/2011/11/oh-what-day-caterpillar-bread.html . 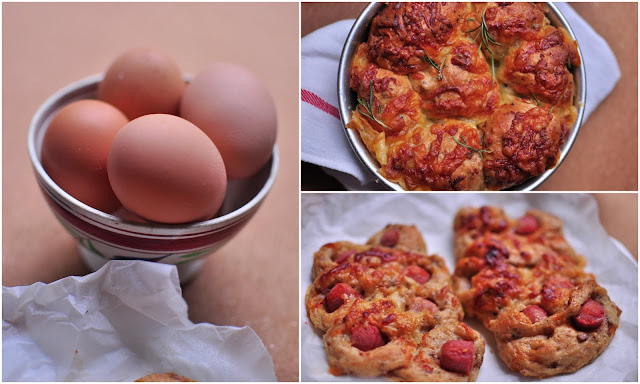 ..so...taddda! my Caterpillar Bread! Hajar waited till the breads were cooked that night and had 2 portions before she went to bed! Tqs Rima for taking me through making this and sis Ricke for the wonderful step by step, even though mine is far from perfect!

And here's some bakes and cakes I made! 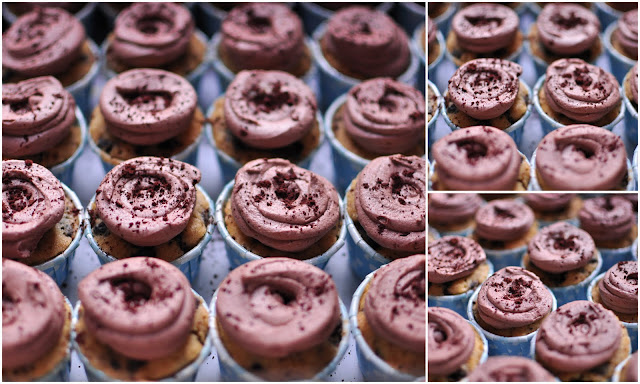 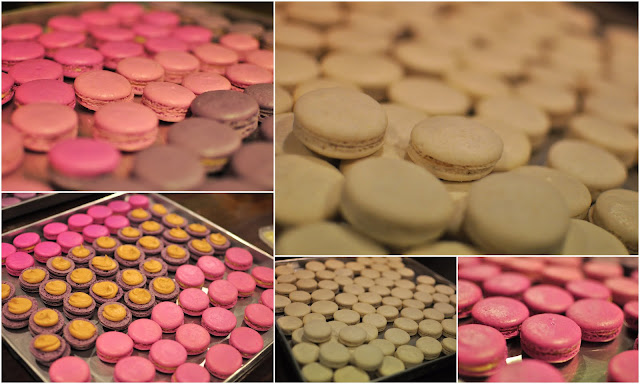 200 ++ macarons that was going for a wedding in Bandar Muadzam as favors...pics taken the night before packing! 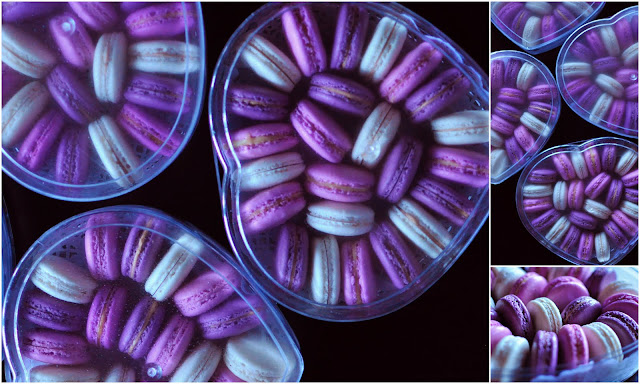 ...and this were taken at about 7.30 am, but too bad Kak Inah couldn't go as his son was admitted in APSH for athma. Tqs so much Kak Inah for this order!..I was reminded when I first defied gravity when I made for the first time 200 macarons some time ago. Inshaallah, after this it'd be a much more breather when making macarons in bulk! The macarons were filled with Coookie Dough Buttercream (feels like eating choc chip cookie!), Salty Peanut Butter and Lemon White Choc Ganache!

rima!!! wish you were nxt to me then!

just sent u an email enquiring the order for macarons. kindly check and revert ya. thanks a lot! =)

how much do u charge if i would like to order 20-30 pcs macaroons? without packaging . It's actually for my girl's bday this mon